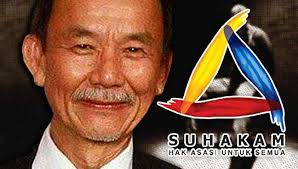 PRESS RELEASE: SUHAKAM PUBLIC INQUIRY DAY ONE
“The point of this inquiry is to get to truth and justice”
SUHAKAM  begins its public inquiry into disappearances

The Public Inquiry will take place from 19th October until 17th November 2017.

In his opening remarks, the panel’s chairperson and SUHAKAM commissioner Dato’ Mah Weng Kwai said, “The whole point of this inquiry is to get to truth and justice.”

Dato’ Mah elaborated on the various United Nations declarations SUHAKAM would be using for further definition of “applicable human rights laws” and the scope of “enforced disappearances”; i.e., for the former, he cited the Universal Declaration of Human Rights Declaration (UDHR) as reference, and for the latter, he cited the International Convention for the Protection of All Persons from Enforced Disappearance which was adopted by the United Nations General Assembly resolution 47/133 in 1992, specifically Article 2:

“For the purposes of this Convention, “enforced disappearance” is considered to be the arrest, detention, abduction or any other form of deprivation of liberty by agents of the State or by persons or groups of persons acting with the authorization, support or acquiescence of the State, followed by a refusal to acknowledge the deprivation of liberty or by concealment of the fate or whereabouts of the disappeared person, which place such a person outside the protection of the law.”

The Inquiry called upon law pupil Mr. Roeshan Celestine Gomez (“Mr. Gomez”) as its first witness. Mr. Gomez is the eyewitness who had lodged the first police report in connection to the Raymond Koh abduction. He gave a very detailed testimony of what he had seen on the morning of 13th February 2017 at about 10:30am at the location of the abduction along Jalan Bahagia in Kelana Jaya.

Mr. Gomez had been driving with a friend in his car on that stretch of road after attending a funeral at a church nearby. He had been en route to a crematorium when he came across the abduction as it was unfolding.

“I saw black SUVs surrounding a car. I saw a push and pull struggle between two men. My friend tried to record this on her phone, but an Indian man came to my car to gesture to us to stop. I reversed my car. Another man was recording this on his phone.”

The Inquiry then played clips of original CCTV footage from security cameras of two houses in the vicinity. Mr. Gomez confirmed the veracity of parts of the footage that he had seen from his vantage point on 13th February.

In reply to a question by Dato’ Mah about this meeting, Mr. Gomez said that he had expressed his concern to Inspector Ali that what he may have witnessed could be a kidnapping. In response, Mr. Gomez claimed that Inspector Ali had asked him to not worry “as it looks very much like the ‘modus’ of a police operation”.

When further questioned, Mr. Gomez elaborated: “He [Inspector Ali] gave me a few reasons why [he thought it was a police operation]. He cited [the presence of] the SUVs, the man recording, the fully masked men and that it was in broad daylight as indication that it could have been a police operation.”

Mr. Gomez also confirmed that the police had asked him and his friend (who had been a passenger in his car) to a ‘photo-fit’ session at the Petaling Jaya Police Headquarters on 16th February, three days after the abduction.

The Inquiry was adjourned at about 12:40pm.

After today’s session, Dato’ Jerald Gomez, who is one of the lawyers acting on behalf of Raymond Koh’s family, said: “We are happy with day one of the inquiry, especially with the way the commissioners handled the inquiry, with even-handedness and fairness. We look forward to the police giving their account of what transpired.”

The Public Inquiry will resume tomorrow, 9 a.m., October 20th, with the testimony of Susanna Liew, the wife of Raymond Koh.